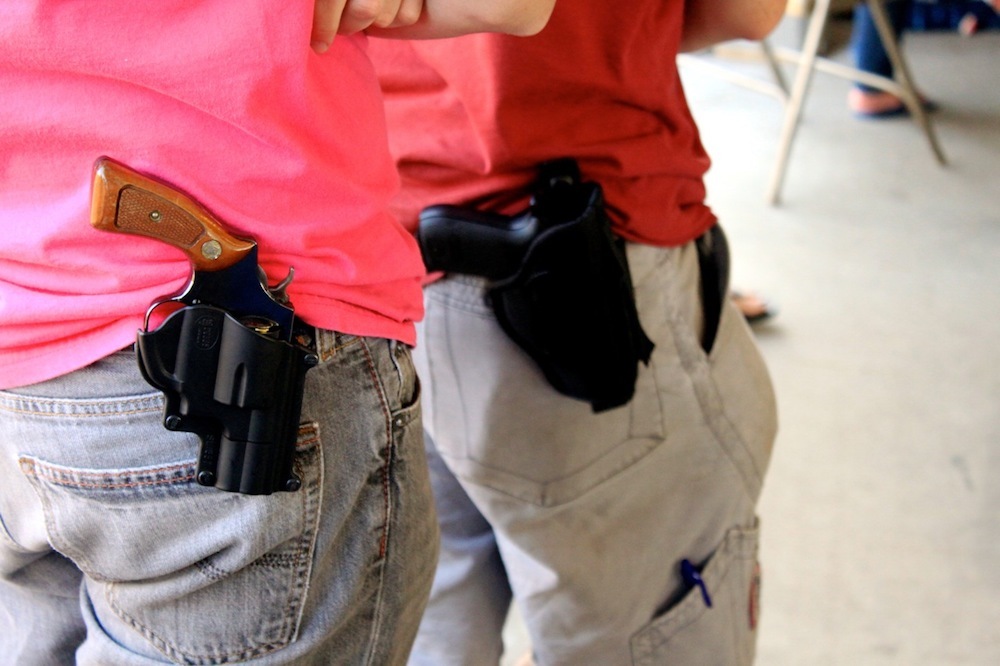 “I think once they understood what it was all about, they understood it’s important to a lot of people. I was told first they just don’t do resolutions and put it on the side," Eisen told the newspaper.

The county pulled the resolution on Jan. 16 citing "constitutional subject matter" that was above them, the newspaper reported. Eisen had written the resolution in response to several gun restriction measurements that occurred in other states.

Commissioner Bill Gratopp then said the commissioners wanted to reconsider the issue.

“When we pulled it, we didn’t do enough of our due diligence before that went on the agenda,” Gatopp said during the meeting, the newspaper reported. “Now, I have a much better understanding of what that really means, and what a sanctuary county is.”

Eisen previously said that he wanted the county to lead the way with protecting Second Amendment rights. He brought the resolution to the board in what the newspaper said he thought was plenty of time, but since then, several Michigan counties have since passed similar gun rights protection resolutions.

At first, only five commissioners supported Eisen's resolution. A sixth, David Rushing, said while he supported the resolution, it was the letter with it he did not agree with, the Port Huron Times Herald reported.

Gratopp told the Port Huron Times Herald that because they took more time to discuss the resolution, they had time to talk to county officials, local law enforcement and gun rights organizers regarding the resolution.

Eisen also plans to introduce a similar resolution at the state level, the newspaper reported.

Want to get notified whenever we write about City of St. Clair ?

Sign-up Next time we write about City of St. Clair, we'll email you a link to the story. You may edit your settings or unsubscribe at any time.